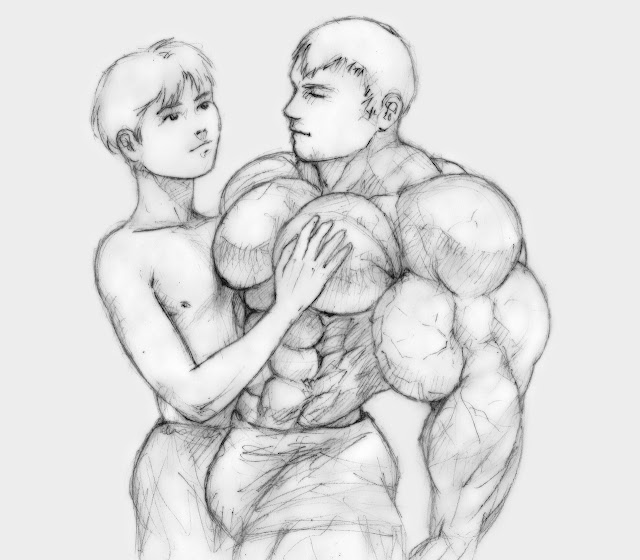 Thanks to two readers I have been able to find two veritable treasure troves of drawings by Mbbbbb, So I will be preparing several more posts featuring his work. Thanks, guys!

The drawing above is entitled “Attraction” and you can see the attraction and completely understand it…and if you’re like me, share it.  The little guy seems a bit young to me.  This drawing also has some problems with the perspective where the little guy’s hips meet the big guy’s hips.  But even with those problems this drawing pushes a bunch of my buttons.  The freakishly huge biceps on the muscle man look like they might even be bigger than his admirer’s chest.  His massive fore arms look like they could be as big as the little guy’s thighs. I really enjoy the proximity and comparison of the two men’s pecs, not to mention the way the muscle man’s pecs look to be as big as the admirer’s head.