Many of you will remember the remarkable artist who went by the name “mmmb”  He had a deviantart account for a while a produce some incredible drawings and photo manipulations.  He abruptly deleted his account and has not been heard from since.  I hope he is well and thriving and will, someday, feel comfortable posting more of his incredible artwork.  These are some of my favorites of his black and white drawings.

This first is called “Meet My Biceps”…and I would certainly LOVE to meet this muscle man’s biceps.  I just love the way the pencil traces and accentuates the bulging size of the muscles in this drawing.  Here Mmmb has captured that first moment where the muscle worship session is just getting serious.  “Meet my biceps, you scrawny wimp!” 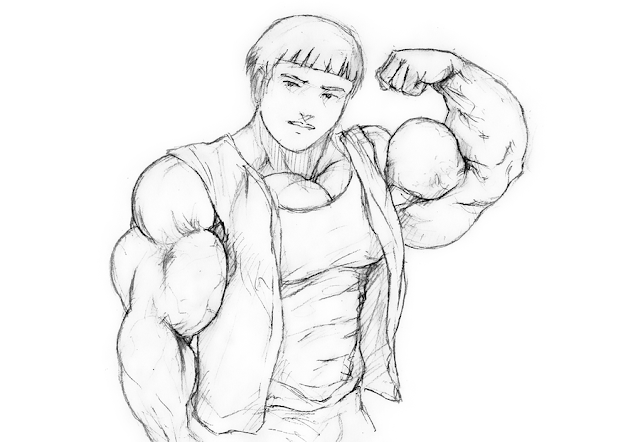 The second drawing is called “Look At Me”…and how could you not?!  This drawing collects almost everything I like in muscles in one sketch: tiny waist, huge pecs, serious guns, thundering thighs.  I love how his biceps are bigger than his head and how his thighs are bigger than his waist.  All of it accentuated by such delicate pencil work! 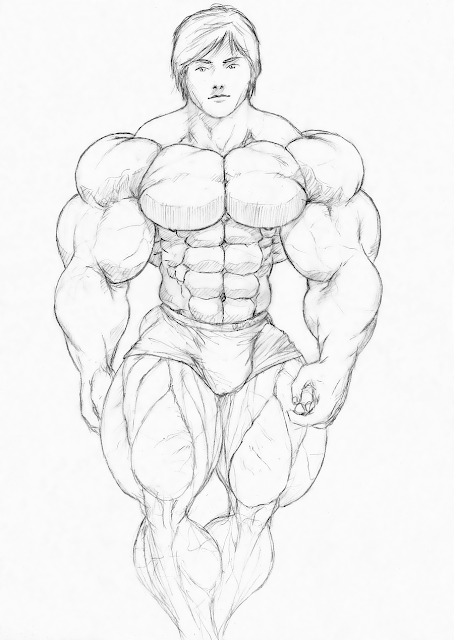 The third drawing is called “Muscle Nerd”.  Why are all people with glasses considered nerds?  And why are muscles on a guy with glasses considered such a surprise?  But intellectuals with muscle are considered unusual and surprising and surprising muscle is always erotically charged.  This handsome, shaggy haired youth is built like a freaking brick wall.  I like the way his biceps are simply exploding out of the sleeves on his T-shirt.  The shirt is cut to tease us with just a glimpse of his pectoral cleavage. 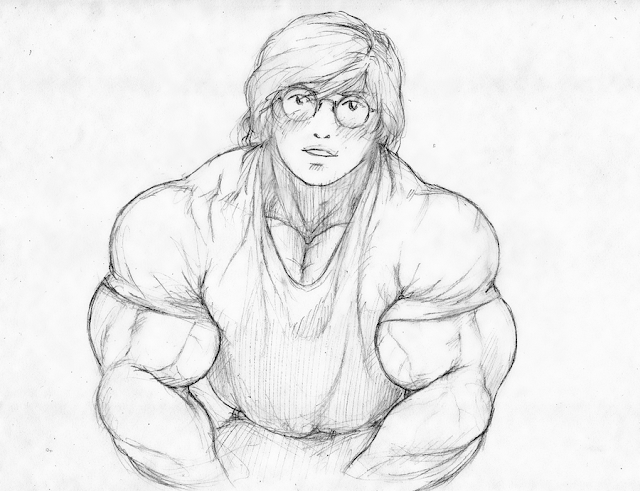 The fourth drawing is called “The Cadet”.  I don’t know what military school this lad is attending, but I surely wish I could go there, too.  I’m pretty sure there isn’t a uniform big enough to fit this guy!  But he’ll be a favorite of the other cadets, I’m sure.  It’s another form of “surprising muscle”, the youth with massive muscle.  I like the combination of youth and outsized muscle here. 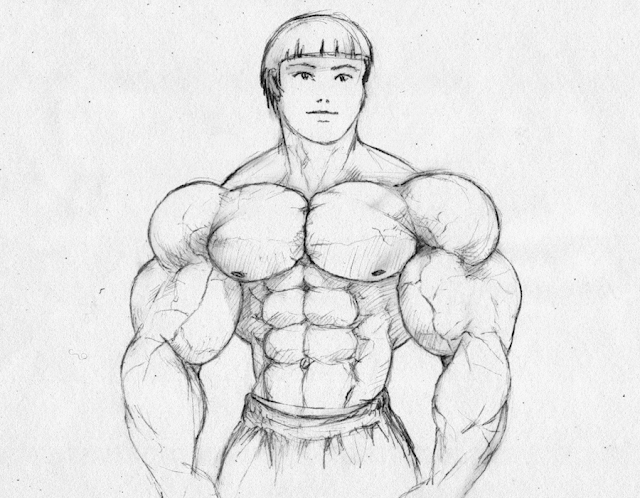 And, finally, the last drawing called “The Death of Superman”.  Mmmb was one of the few muscle artists who was capable of combining muscular forms in action scenes.  Here the younger, buffer, stronger muscle man squeezes the life out of a conventionally muscular superhero.  The young god has a look of unconcerned pleasure about his dominant bear hug squeezing the weaker man.  He doesn’t even look like he’s exerting himself very much.  Notice how his bulging biceps are as big as the superhero’s quads, how his fore arms are bigger than the superhero’s arms.  It’s a hot representation of muscle domination. 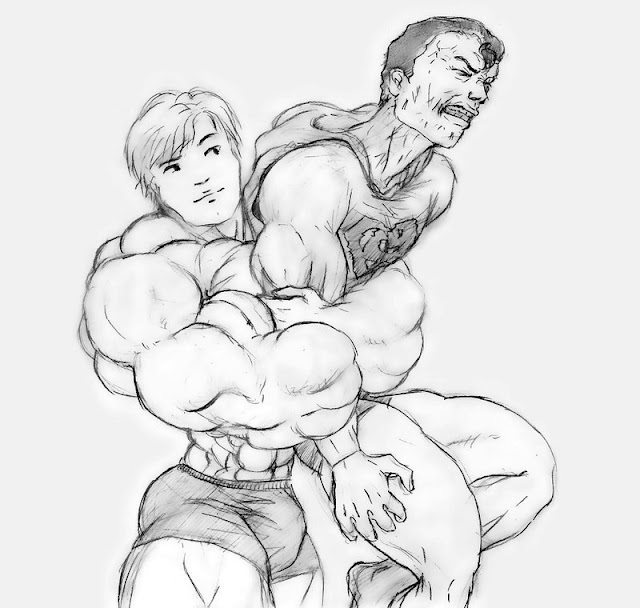 I’ll have some more color drawings by Mmmb in my next post.  And if you know of anybody who has posted some of or all of his drawings and photo manipulations, please let me know!